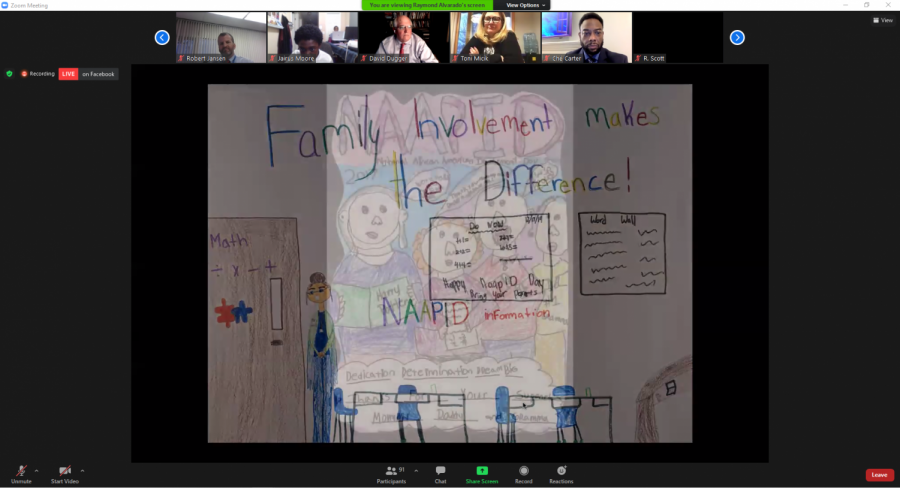 NAAPID is a national call to action to get African American parents more involved in their children's education.

On March 8, Clague parents will spend time with students during the 26th National African American Parent Involvement Day (NAAPID). This is a time when parents can see what and how the students are learning. Due to COVID-19, there won’t be a time for parents to go to the kids’ classroom. However, parents can talk to the principal and are informed on what their children are learning. They are doing this through zoom.

NAAPID is usually on February 10 during Black History Month, but this year it was postponed till March 8 in the Ann Arbor district. NAAPID is a national call to action to get African American parents more involved in their children’s education. It is expected that this national observation will open up dialogue among teachers, parents and students, which will lead to a more conducive learning environment for African-American students from kindergarten through college.

This call to action is designed to address the serious achievement gap facing African American students. According to the Michigan State Department of Education, African American students are at the bottom of the scale in Reading, Mathematics and Science. They continue to lag behind other ethnic and minority groups. This pattern is said to begin as early as fourth grade.

With a higher failure rate for African-American students in colleges and universities, something must be done to help them and support them to a successful graduation. Therefore, NAAPID is making a great effort to reverse the trend. The NAAPID call to action will take place in local school districts, at neighborhood schools and at colleges and universities throughout the nation.