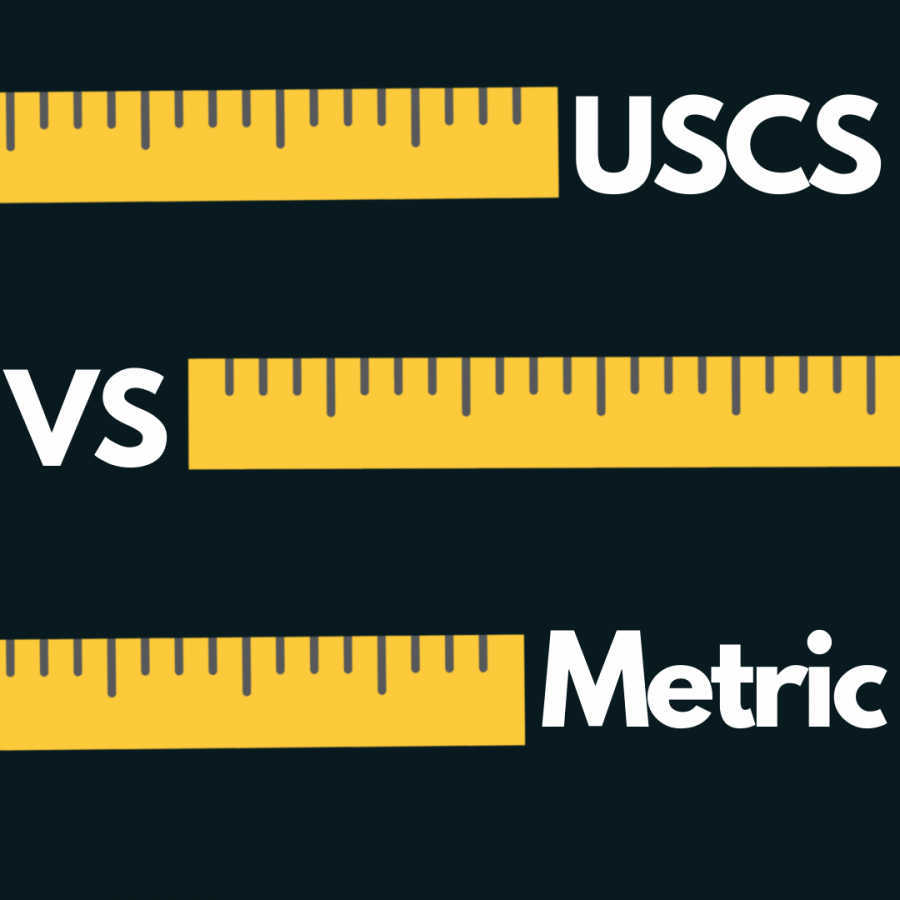 Graphic made by Grewal

Here are some thoughts teachers Michael Harris and Aaron Weins had on the Metric System. Graphic created by Jashn Grewal

During 100-meter sprints, the rest of the world runs like the wind, while Americans are stuck at the starting line trying to figure out how many feet 100 meters is (about 328 by the way). The rest of the world runs on the Metric System, while the U.S. uses the U.S. Customary System (USCS). That probably doesn’t come as a surprise to most citizens. USCS was made to make the lives of Americans easier, but we are failing to realize that the Metric System would do a much better job of that.

Now you might be wondering, how is this a bad thing? If we want to use our own system of measurement, then we should. But the reasons show otherwise.

On Dec. 11, 1998, NASA launched the Mars Climate Orbiter to study the Martian climate. But ten months after its launch, the Orbiter crashed, burned and broke into pieces. Why? There’s a simple reason. Someone didn’t convert the USCS units to Metric. This simple mistake might not have happened if the U.S. was using Metric units at the time, but we will never know.

If you are still not convinced, here is another reason. When doing math, your measurements unit is bound to be more difficult. That is because you have to learn the USCS to understand the place that you live and the Metric System to understand everything outside of it. If the rest of the world is already using the Metric System, then why must we children go through the torture of learning two different systems? It really doesn’t make any sense.

Even with all of this information (and often more), most Americans stand their ground. For some, comfort is more important than practicality. Even if we are different from the rest of society, I trust that we, the American people, will stick up for what is best for our country. For now, we wait and confuse the rest of the world.