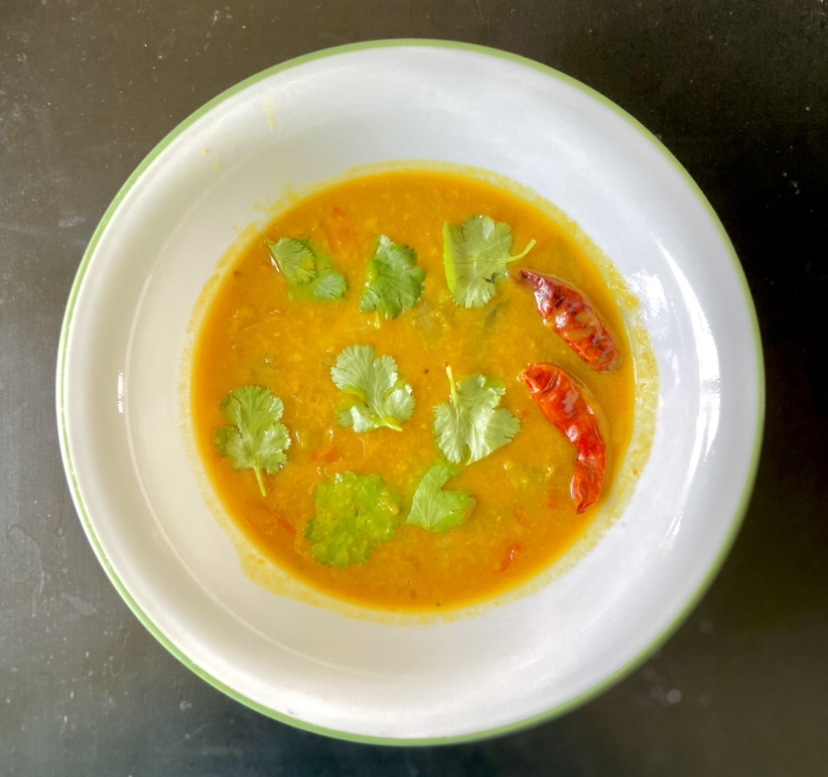 Sambar is a curry which is made from a tamarind-based broth, lentils, and vegetables.

Let’s go back in time to 2014, when I met the love of my life. I was 5-years-old, sitting at a restaurant when my father pushed some curry in front of me. Tentatively, I dipped my dosa into it, expecting the usual taste that came with such meals. But what I encountered was the most beautiful combination of flavors, spices and aromas mixing in my mouth. For a few seconds, my taste buds and I were in shock. How could two things make such a perfect combination? “That,” my father said, “is sambar. Do you like it?” I shook my head aggressively. “No,” I said, “I don’t like it. I love it.”

That is one example of a time I was introduced to the exquisite Southern India cuisine. Over the years, I’ve expanded my horizons and tried new foods, which never failed to blow me away. The cuisine of South India, its history, trends and how its shifted over time is an incredible thing, and we should all be informed about it. But be warned, you may find your mouth involuntarily watering along the way.

First, let’s talk about the history. Many features of the ancient Dravidian culture that existed 4500 years ago, such as warm steamed dumplings with coconut, sweet jaggery and cardamom in a rice wrapper, food served in vibrant green banana leaves, can now be found in South Indian cuisine.

Next, the popularity trends for the last few years. There are several dishes in South India that are popular but the five most popular South Indian dishes are the tastiest and most flavorful. Number 5, sambar. This dish is a curry, which includes a tamarind-based broth, lentils, and vegetables. Number 4, appam. Appam can be described as a bowl shaped pancake, and is made with rice flour and coconut milk. Number 3, hyderabadi biryani. Full of incredible aromas and spices, this dish is made with basmati rice, goat, mutton, or chicken meat, lemon, yogurt, onions, and saffron. Number 2, dosa. This thin pancake is made with soaked rice and black gram beans, and fenugreek seeds. And now, the one you’ve all been waiting for, number 1, Idli. Idli is a traditional savory cake made with fermented lentils and rice, and then is steamed to give the result.

And finally, how the cuisine of South India has shifted over time. Are you familiar with the term “cultural diffusion?” This refers to the spread and diffusion of cultures from one to another; a lot of times in two totally different countries. As the years have gone by, people in India have gotten more and more influenced by Western culture, and other cultures as well. As a result, many factors of South Indian culture, including food, have mixed with the Western culture and, in a sense, evolved. One example of this is something I was lucky enough to taste myself! Three years ago, when my family and I went to India, my aunt, uncle, and cousins took us to a mall for dinner. When we got to the restaurant, I was shocked to see a burger on the menu. Once I saw it was vegetarian, I requested to order it, because I love to try new and unique foods. Also, I was so curious to see and taste an Indian burger! And thank god I decided to order that meal, because it was amazing! It was astonishing to see how the restaurant had managed to incorporate such a common Western item into their menu, all the while maintaining the traditional South Indian spices, curries, and tastes. There are many more examples of this shift in cuisine, even including an Indian McDonald’s! It will definitely be fun to see how the cuisine changes in the future for South India, as trends and new ideas arise here in the US.

The cuisine of South India is wonderful and I’m so glad that my parents are able to cook its food for us on a daily basis. It encompasses a vast field of spices, tastes, and different sensations while eating different meals. If you haven’t tried a South Indian meal, I strongly encourage you to do so. It is truly magnificent, diverse, and, most of all, tasty.